COVID-19 Update: Protecting the health and safety of our employees, customers, owners and our communities is - and always has been - VELCO's number one priority. Our focus remains on safety and reliability during this unprecedented time. VELCO has implemented our remote work policy in an effort to reduce the spread of COVID-19. During this transition, VELCO's offices will not be open to visitors. If you have questions or need to contact a VELCO representative, please call 802-770-6221 or use our Contact Us form. Click here for more information. 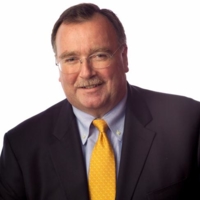 Mr. Reilly is a Lecturer at the Yale School of Forestry and Environmental Studies and Principal at Rosewood Consulting, LLC. Mr. Reilly served as President and CEO of Central Vermont Public Service Corporation (CVPS) from March 2011 through June 2012. Prior to joining CVPS, Mr. Reilly spent 26 years with National Grid USA and its predecessor company, New England Electric System (NEES), in a variety of positions of increasing responsibility including President of the NEES Distribution Companies and Executive Vice President, Legal and Regulatory. He currently serves on the Advisory Board of the McGill Executive Institute, as Treasurer of the Samuel Huntington Foundation, Inc., and on the Board of Overseers of the Rhode Island Philharmonic Orchestra. Mr. Reilly holds a bachelor’s degree from the State University of New York at Albany; a law degree from Boston University School of Law; and a master’s degree in city and regional planning from the John F. Kennedy School of Government at Harvard University. Mr. Reilly joined VELCO’s Board of Directors in 2011 and was elected Chair in December 2012.