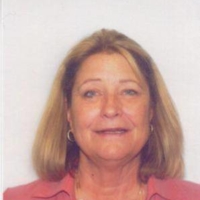 Ms. Andersen is the Executive Vice President of the Greater Burlington Industrial Corporation (GBIC). Prior to this role, Ms. Andersen served as Executive Director of the Central Vermont Economic Development Corporation (CVEDC) from 2006 to 2016. Prior to joining CVEDC, Ms. Andersen was the Vice President of GBIC. In addition, Ms. Andersen has been a real estate licensee since 1991. She is a retired Chair of the Vermont Real Estate Commission and currently serves on the Private Activity Bonds Advisory Committee. Ms. Andersen was also a gubernatorial appointee to the Commission on Wind Energy Regulatory Policy and the Commission on the Future of Economic Development and the Private Activity Bonds Advisory Committee. Ms. Andersen became a member of VELCO’s Board of Directors in 2012.