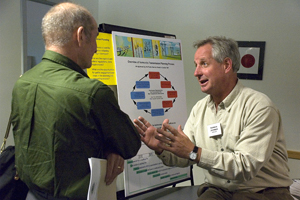 ISO-New England studies in 2011 and 2012 showed the need for a $157 million transmission upgrade to resolve a system reliability concern in the Central Vermont area. In late 2011, the Vermont distribution utilities and VELCO began work consistent with Vermont planning requirements, to assess the potential for energy efficiency, demand response or generation – non-transmission alternatives – to resolve the Central Vermont concern. More on how the collaboration unfolded:

At this point, without VT NTA study requirement, the $157 Million
transmission solution would likely have been implemented.

How NTA study concluded gap would be closed