COVID-19 Update: Protecting the health and safety of our employees, customers, owners and our communities is - and always has been - VELCO's number one priority. Our focus remains on safety and reliability during this unprecedented time. VELCO has implemented our remote work policy in an effort to reduce the spread of COVID-19. During this transition, VELCO's offices will not be open to visitors. If you have questions or need to contact a VELCO representative, please call 802-770-6221 or use our Contact Us form. 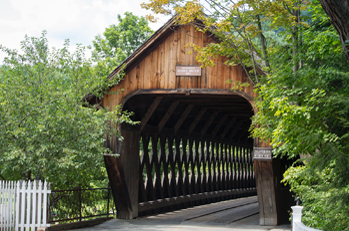 The creation of VELCO’s first transmission lines was an efficient solution for moving newly available St. Lawrence power into Vermont. In response to rising demand for services and the oil embargo of the early 1970s, VELCO's role grew to include acting on behalf of Vermont's utilities as the agent for out-of-state power contracts. Assuming this responsibility saved money and substantially increased reliability through newly interconnected operations. Later, VELCO was specifically tasked to serve as representative for Vermont's combined utilities at what was the precursor to today's ISO-New England, where VELCO gave Vermont’s utilities a strong unified voice. VELCO's construction of the Highgate Converter made interconnected operations with Hydro-Québec possible and so played a role in securing the HQ power contract.

The initial 224-mile 115 kV VELCO system was placed in service in September 1958. Since that time, VELCO has expanded its facilities and services as required by law, the needs of its participants and the development of the industry. Currently, it manages a transmission system consisting of 738 miles of transmission lines* from 115 kV to 450 kV direct current, 55 substations, a 200 MW back-to-back high-voltage direct current converter** and over 13,000 acres of rights-of-way. To monitor and control this system VELCO uses extensive fiber optic communication networks.