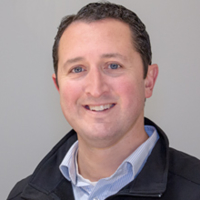 Prior to joining BED, Darren served as Chief of Staff for the Office of Governor Peter Shumlin. Before working in the Governor’s Office, Darren was appointed as Deputy Commissioner at the Vermont Public Service Department, leading the advancement of the 2014 net metering law and 2015 renewable energy standard.

Previously, Darren worked for 4 years in the Washington, D.C. Office of U.S. Senator Bernard Sanders as Senior Policy Advisor for Energy & Environment, and later as Chief Counsel. He has also worked for the National Governors Association as Program Director for Energy and Transportation. Darren has a B.A. from Florida Atlantic University and earned a J.D. and Master of Studies in Environmental Law from Vermont Law School. While at Vermont Law School, he was selected as Managing Editor of the Vermont Law Review, and clerked for U.S. Senator Patrick Leahy on the Senate Judiciary Committee. He is a member of the Vermont Bar, Virginia Bar, and Florida Bar. Darren has also served as a Policy Fellow on Climate Change and Renewable Energy at the University of Vermont Center for Research on Vermont, and in that capacity published a law journal article on the future of utility regulation in the William & Mary Environmental Law and Policy Review.