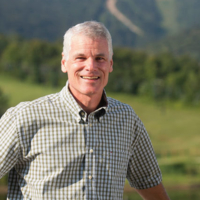 Mike Solimano is the President and General Manager of the Killington/Pico Golf & Ski Resort where he oversees all operational aspects of the largest resort in the Eastern United States. Prior to his position, he was Vice President of Finance at Killington/Pico Resort since 2001. Prior to Killington, Mike served as Vice President of Finance and Operations for Skis Dynastar North America (part of the Rossignol Group), and Audit Manager for Deloitte & Touche in Boston. He graduated with honors from Niagara University in Business Administration and earned his CPA certificate in 1992. Mike is board member for Killington Mountain School and SKI Vermont. Mike also is the vice chair of the board for Rutland Regional Medical Center. Mike lives in Rutland with his Wife, Cara and their son Connor, and daughters Hannah and Lauren.